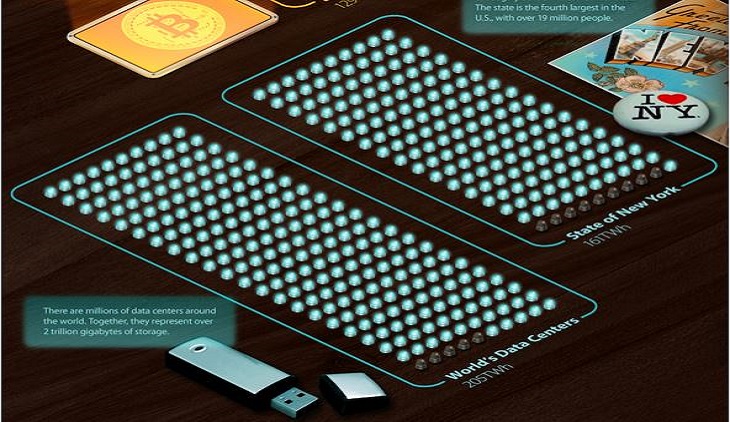 According to Energy Post, the Internet will consume 20% of the projected electricity demand with 8000 TWh by 2030, making it one of the most energy-intensive sectors in the world. Hyperscale data centers typically use cutting-edge technologies — facility designs, cooling systems, and workload-optimized equipment to improve efficiency, but the current centralized cloud approach leads to many bottlenecks.

While many in the sector are trying to reduce energy consumption by powering their infrastructures with renewable energies, it will not shift the trend. Companies in the industry must commit to reach the “zero carbon footprint” threshold and fast.

In this article, you’ll discover more about the current energy consumption of the cloud industry, what we can do to improve the situation, and the best options to reduce the carbon footprint.

Today, the world’s largest technology companies (Facebook, Amazon, Google, Microsoft, Apple, amongst others) own 80% of the global Internet and cloud infrastructure and 60% of its networks.  This also makes them responsible for the increased global energy usage and the environmental impact related to that consumption. Here are some statistics indicating that this trend is in full bloom: 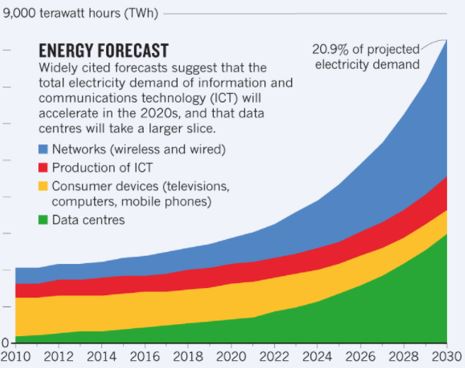 A case that summarizes the vast footprint that companies create by choosing traditional data centers is Netflix. Alone, Netflix is responsible for 18% of today’s internet traffic. The main reason is that while it is the world’s favorite streaming platform, most of its data resides in centralized data centers. Data needs to travel to all the rest of the world. If Netflix could host their data on a peer-to-peer network, it would look like torrents and come with the following  benefits:

A Change in Hyperscale

Data-centers energy usage has been relatively stable over the last half-decade, thanks partly to the emergence of super-efficient information factories with an ordered, standardized computing architecture that quickly scales up to hundreds of thousands of servers.

Hyperscale data centers first appeared around a decade ago, when corporations like Amazon and Google began to require fleets of a quarter-million or more servers.

According to a 2016 assessment by the Lawrence Berkeley National Laboratory, moving 80% of servers in small US data centers to hyperscale facilities will result in a 25% reduction in energy usage. That transition is now underway.

Today, the globe contains approximately 400 hyperscale data centers, many of which provide services to modest businesses or colleges that would not have had their servers in the past.

On the other hand, there is a clear trend that companies are using cloud storage solutions that are based on hyperscale data centers, which makes it a matter of great concern. 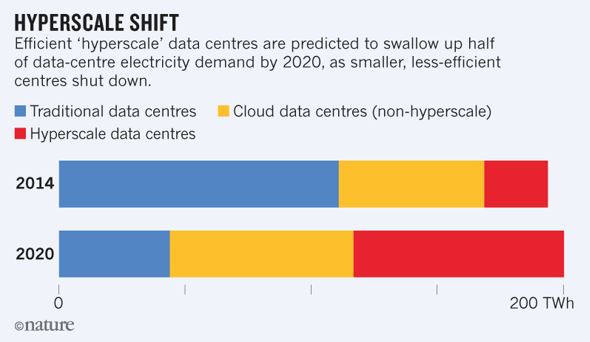 How Can We Improve Energy Efficiency in the Cloud Storage Sector?

Researchers in academic labs and engineers at some of the world’s wealthiest organizations are exploring possible solutions to improve the industry’s efficiency in energy consumption. They are optimizing the following:

One growingly proposed solution is to ensure that servers are running at total capacity as feasible, while others are shut off rather than being left idle. For example, Facebook developed a mechanism called Autoscale that decreases the number of servers that must be on during low-traffic hours. In experiments, this resulted in power savings of roughly 10–15%, according to the company’s 2014 report. Nevertheless, these efficiency improvement rates are not high enough.

The fast global deployment of the technology that uses renewable energy sources, paired with quick learning rates, has reduced their prices. This trend is expected to continue, making renewables more competitive with fossil fuels in all nations throughout the world and the most cost-effective alternative in an increasing number of markets. In the image below, you can see the % of savings. 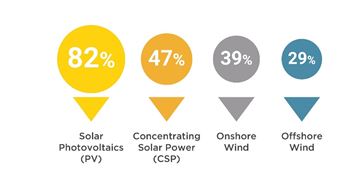 Since 2010, big tech companies have been committing themselves to use 100% renewable energy. In 2011, Facebook pledged to do it, and in 2012, Google and Apple followed suit. Nearly 20 Internet corporations had done the same as of 2017. However, there must be an investment decision made to make renewable sources available for all. That’s why it’s not a sustainable solution now.

Standard cooling systems use approximately 40% of the energy cost in traditional data centers. But there is another problem with this solution because cooling towers, which evaporate water to drive air conditioning, consume vast amounts of liters of water, eliminating compression chillers and cooling towers that save energy and water. In 2014, data centers in the United States utilized around 100 billion liters of water to do this.

One frequent method to reduce energy usage is to place data centers in colder climates and bring fresh air from outside. This measure helps to reduce overcrowding, although it does not solve the problem entirely.

The notion of leveraging the heat coming off the servers to save power consumption elsewhere coincides with improved cooling.

However, because heat does not move well, waste-heat utilization is often confined to data centers near a nearby client or in a city that already utilizes piped hot water to heat houses.

So let’s imagine the cloud and internet as a decentralized network composed of nodes that keep an up-to-date copy of all encrypted information, making it secure and private. This solution is private and safe and genuinely the most sustainable alternative that will drastically reduce energy use in the data storage sector.

All this makes the ThreeFold peer-to-peer cloud storage the best option, and here’s why. 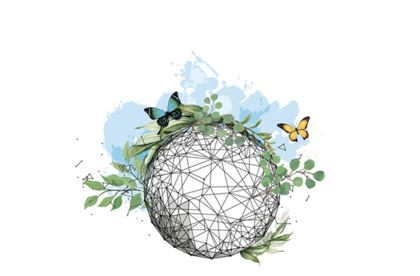 ThreeFold is an entirely peer-to-peer cloud storage solution that provides the most secure and private decentralized cloud solution that recently claimed to go carbon neutral before the end of 2021. Here are their main features:

We need people to take energy-saving more seriously and renew their cloud storage systems. Zero carbon footprint is the goal.

Iris Recognition technology & the bright future associated with it!