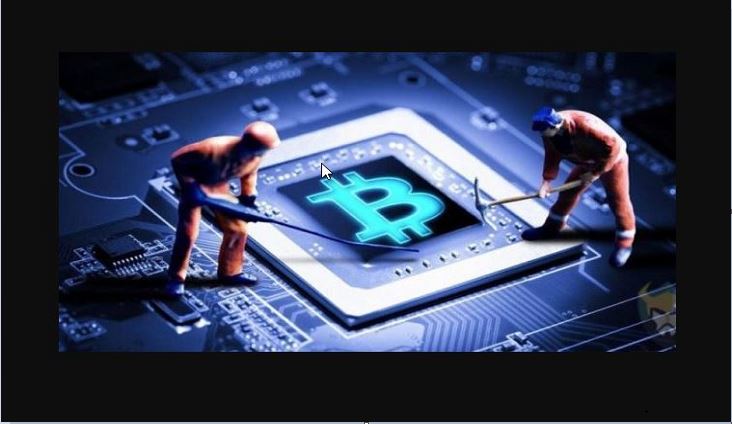 Manufacturers have had a hard time getting their hands-on materials throughout the pandemic. This is also the case for the smartphone market, which has suffered immensely. Production of handsets was slowed down in India due to shortages of material from China.

The spending habits of consumers have also changed. As demonstrated by the graph below, consumer spending across countries has seen a steep decline in products outside of essentials such as groceries. 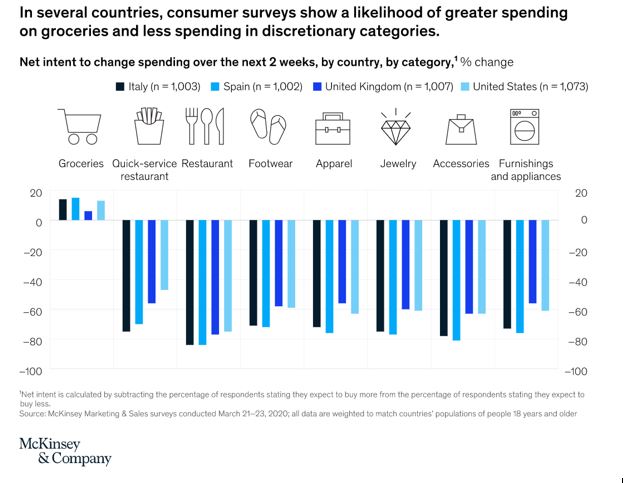 During the pandemic, many have turned to investing, bringing the price of Bitcoin up to an all-time high. However, the latest research has also provided insights into the damage crypto mining is doing to the environment. Research has found mining crypto is consuming more energy than entire countries. However, the processing power needed to carry out crypto mining has to be powerful, and so many use graphic cards manufactured by Nvidia.

Nvidia has claimed they will deliberately reduce the efficiency of their latest graphics card by an astonishing 50% when used for mining crypto, especially Ethereum. For some time now, crypto enthusiasts have been the bane of gamers as they have created a shortage of graphics cards. They snap up supplies even before gamers get a chance, mainly affecting the industry.

For this specific reason, Nvidia has intervened in the hopes that their products end up in the hands of their target audience and for their intended use. However, they are not turning their back on crypto enthusiasts. They will also be selling bespoke crypto-currency mining processors that will work well for crypto mining, freeing up graphic cards for gamers. Nvidia also supplies high-end graphic cards for handheld devices and has just signed a manufacturing deal with Samsung concerning their 8nm processors.

Where did it all go wrong?

Typically graphics cards (GPUs) are an integral component of any gaming PC. These modern cards have the ability to produce high-resolution, which helps games look more realistic and clear, as well as high frame-rate graphics, which help the graphics move fast enough to keep up with the game. Both of these qualities are expected by gamers.

However, over the course of the pandemic, production of the graphics card has run into some trouble, much like the smartphone manufacturing mentioned earlier. Delays in manufacturing have led to shortages.

These same graphics cards are popular among cryptocurrency investors. They use the cards to process translation which allows them to generate Bitcoins. This process is known as mining and is also the process that takes up heaps of energy due to the amount of processing power that is needed.

The graphics cards are used by the investors to create rigs. These rigs are designed using a number of graphics cards simultaneously to produce a super-powerful machine that’s sole purpose is to mine. To be economical for the miner, the rig must generate more crypto than its own cost in electricity and hardware. With this in mind, Nvidia has purposely lowered the card’s efficiency for crypto, making it less economical for miners.

As the US, more specifically Texas, battles one of the biggest storms to hit, they have been left without electricity. In Texas, companies such as Samsung and NXP produce chips at their facilities. Over the pandemic, car and general electronic snakes have been facing shortages, as mentioned above, reporting vast amounts of disruptions to sales, losing billions in sales.

Texas is the center of semiconductor manufacturing in the US and currently has more factories than any other state. To be more economically viable, chip factories run 24 hours a day, so the current situation in Texas has caused a significant halt on production. This halt will have more comprehensive and lasting effects on car manufacturers who use the chips in their cars as they will be unable to manufacture their vehicles, causing delays.

The course of action that manufacturers are most worried about is the broader impact it will have on the electronics market, such as laptops and PCs. Considering many are now working from home due to the pandemic, an increasing amount of home electronics will be needed. If the demands for the technology can not be met by the companies operating out of Texas, their competitors may have the opportunity to control the market.